Hundreds of years after the death and resurrection of Jesus, when the official “church” had separated itself from its biblical roots, Christendom did, indeed, change the Sabbath from Saturday to Sunday. But that has absolutely nothing to do with the teachings of the New Testament, which is why it is common for Messianic Jews today to hold worship service on Saturday rather than Sunday and to celebrate Shabbat with newfound meaning through the teaching and example of the Messiah. As for Gentile Christians setting aside Sunday as a special day of rest and worship, what is wrong with this?

Without question, traditional Jews have led the way in Sabbath observance for many centuries, and they are to be commended for it. No one has developed more beautiful traditions or made more sacrifices to honor this day than observant Jews. This is in keeping with my position that Judaism is the greatest religion man has ever made, in many ways a living faith but still one that has not obtained what it has sought (see vol. 5, 6.7–6.8). “I can testify about them,” Paul wrote of his own people who had rejected the Messiah, “that they are zealous for God, but their zeal is not based on knowledge” (Rom. 10:2) and that they “pursued a law of righteousness” without attaining righteousness (Rom. 9:31). And even when rebuking the hypocritical leaders among our people, Yeshua referred to their punctilious observance of certain laws (e.g., Matt. 23:23). So, often with good motives and at times with mixed motives, traditional Jews have faithfully observed the Sabbath for hundreds and hundreds of years, just as they have sought to observe many other Torah commandments. This is certainly praiseworthy, even though their very best efforts still fall short of obtaining righteousness. I would also point out that God promised that he would preserve the Jewish people as a people, regardless of our sins or shortcomings (see Jer. 31:35–37), and so, even in our dispersion from the Land—an ongoing sign of judgment—God has been at work in our midst to preserve us as a people. (It has often been stated that it is not so much that the Jews kept the Sabbath as much as it is that the Sabbath has kept the Jews.)

But the objection here is not focused on Jewish observance of the Sabbath, something we discuss at some length elsewhere in this volume and in volume 5 (see 5.29; vol. 5, 6.3), critiquing some of the traditions that developed over the centuries. Rather, this objection claims that “Christianity” changed the Sabbath and that, therefore, “Christianity” is not for the Jewish people. Is there any truth to this?

If by “Christianity” you mean the religion of the Tanakh and the New Covenant Scriptures, the religion of Yeshua and his emissaries, the answer is absolutely, categorically “No.” As we demonstrated at length, above (5.28), Yeshua did not abolish the observance of the Sabbath (or change it to another day). To the contrary, he exposed faulty human traditions that took away from the meaning of the Sabbath and instead opened up the deepest, most spiritual aspects of the Sabbath. We also demonstrated that Paul himself was a Sabbath-observant Jew (5.29) and that he too did not teach Jewish believers in the Messiah to abandon the practice of the Sabbath. (At the same time, he did not require Gentile believers to observe the Sabbath, nor would he allow an issue to be made over this.) In keeping with this, for several hundred years after the New Testament period, despite the increasing hostility of the Rabbinic community and the increasing Gentilization of the church, there were Jewish believers in Yeshua who continued to observe the Sabbath, just as many do today.

On the other hand, if by “Christianity” you mean the decisions and councils of later church leaders, hundreds of years after Jesus’ death and resurrection, then the answer is, “Yes,” Christendom did change the Sabbath from Saturday to Sunday—but there is no scriptural mandate for this decision, as has often been demonstrated. (See, in particular, Samuele Bacchiocci, From Sabbath to Sunday: A Historical Investigation of the Rise of Sunday Observance in Early Christianity [Rome: Pontifical Gregorian Press, 1977], with interaction in D. A. Carson, ed., From Sabbath to Lord’s Day: A Biblical, Historical, and Theological Investigation [Grand Rapids: Zondervan, 1982]. More recently, see Daniel Gruber’s treatment of this in The Separation of Church and Faith, Copernicus and the Jews, Volume 1 [Hanover, NH: Elijah Publishing, 2005].)

There is limited evidence that some of Yeshua’s early followers celebrated his resurrection, which took place on a Sunday, in early morning gatherings for prayer or worship on that day.487 But we must not see that through the lens of later church practice, since there was not a five-day work week in that culture, and so Jewish believers who continued to observe the Sabbath did not set aside Sunday as an additional day of worship (or change their Saturday observance to Sunday). At most, they added another time of worship and prayer to their weekly schedule on Sunday mornings (or, possibly, evenings). But, to repeat: These Jewish followers of Yeshua did not change the Sabbath to Sunday.

Eventually, due to the massive influx of Gentiles into Messiah’s community, followed by the institutionalizing of the church and the eventual severing of some of its biblical and Jewish roots, it was decreed in the fourth century that the Sabbath had now been changed to Sunday, but this was not what Yeshua taught, and it is not found anywhere in the New Testament.

Is it wrong, then, for Gentile Christians around the world to worship on Sunday and to set this day aside as a Sabbath to the Lord? Certainly not, since the seventh-day Sabbath was something specifically given as a sign to Israel (see, e.g., Ezek. 20:12–21), although some groups, such as Seventh Day Adventists (or many Messianic Jews), would argue that since the seventh-day Sabbath was instituted at creation (Gen. 2:1–3), given to Israel before Sinai (Exod. 16:22–30), offered to Gentiles through the prophets (Isa. 56:4–7), and spoken of in the still-to-come millennial kingdom (Isa. 66:22–24), it should be observed by all.

This much is sure: There is no question that observance of the Sabbath was strongly emphasized in the Hebrew Scriptures, beginning with God’s “Sabbath rest” after creation, and continuing through the rest of the Torah, historical books, and prophets. Yeshua emphasized it as well! But, to repeat, if you as a traditional Jew believe that the seventh-day Sabbath was specifically given to the Jewish people, why should it be an issue to you if Christians around the world from a Gentile background set aside Sunday as a day of Sabbath rest and worship of the Lord? How does this disprove the Messiahship of Jesus?

As for Jewish believers in Jesus who feel no obligation to observe the seventh-day Sabbath, numerous perspectives and convictions exist: some Messianic Jews would argue that these other believers are missing out on a divine blessing; others would argue that they are falling short of their covenantal obligations as Jews; certain others would argue that, to the contrary, with the coming of Messiah, their relationship to the Torah has changed and they are no longer under its obligation (e.g., there is no death penalty today for failure to keep the Sabbath); others would argue that many of them should be treated as though they were Gentiles (the Rabbinic term for Jews who were not raised in traditional homes is tinoq shenishbah, a child that was born in captivity) for whom the Sabbath has different significance, since they were not raised in observant homes; yet others would argue that engaging in ministry to and for the Lord is the best expression of the Sabbath, and still others would argue that they have now entered into the meaning of Sabbath through Yeshua, and that is greater than the day itself. (You will find almost as much diversity in beliefs about this subject among Jewish believers in Jesus as you will among Jews who do not believe in him—ranging from the most nontraditional to the most traditional—although it could be argued that Messianic Jewish congregations take the Sabbath more seriously than their Reform or Conservative Jewish counterparts.)488

On the other hand, if you are a traditional Jew and you come to faith in Yeshua as Messiah, you will step forward into an even greater experience of Sabbath rest, something that transcends just one day a week. As for your weekly Sabbath observance, you will probably keep some of your old traditions while casting off others and adding some new expressions before the Lord. For good reason Yeshua said,

Come to me, all you who are weary and burdened, and I will give you rest. Take my yoke upon you and learn from me, for I am gentle and humble in heart, and you will find rest for your souls. For my yoke is easy and my burden is light.

487 See the relevant studies in Carson, From Sabbath to Lord’s Day; cf. also J. C. Laansma, “Lord’s Day,” in Ralph P. Martin and Peter H. Davids, eds., Dictionary of the Later New Testament and Its Developments (Downers Grove, IL: InterVarsity, 1997), 679–87, with further bibliography. Laansma notes that, “From a very early point, at least some believers recognized the ‘first day of the week’ as a special day for the celebration of the Eucharist.… There is no indication in the NT evidence that the day displaced or rivaled the sabbath, that it was a day of rest, that it had anything to do with the Fourth Commandment or that it involved any sort of transfer theology. If the NT evidence for it gives any explanation for the fact of the day’s observance and of its significance, it is in the resurrection” (683). 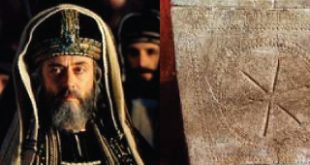 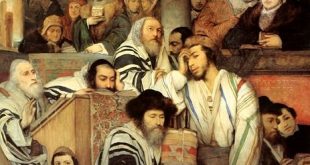 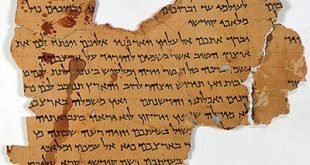 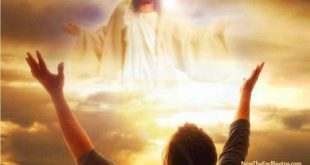 MATTHEW 10:5–6—Did Jesus come only for Jews or also for Gentiles? PROBLEM: Jesus told His …