It is constantly taught not only by unbelievers but even in many Christian pulpits and in some of our theological seminaries that Jesus and Paul were mistaken as to the time of our Lord’s return. In an interesting little pamphlet published by the American Unitarian Association, five ministers, once preaching in orthodox churches but now Unitarians, tell how they became Unitarians.

One writer says, “In a lecture one day on Thessalonians, our professor remarked that Paul evidently was mistaken as to the time of the coming of Christ. I was thunderstruck, and stared rigidly at the speaker, while my pencil dropped from my fingers. It was true, then, after all the denunciation of the preachers. Higher criticism was not the false, shallow thing that it was made out to be. I can hear yet, after many years, the echo of that slamming book and that cedar pencil clattering to the floor.”

Evidently this young man was easily shaken. If a professor in a theological seminary said anything, that settled it for him. The professor must certainly be correct, and all other professors who taught differently, and all others who studied the Bible for themselves, must be wrong. The fact that the professor made such a remark as this was proof positive that higher criticism was not “the false, shallow thing it was made out to be.”

I do not wonder that such a young man should wind up as a Unitarian preacher. But even theological professors are sometimes mistaken, and this one was. The mistake was altogether the professor’s, and not at all Paul’s, as we shall see in a few moments.

Let us begin with Jesus, and not with Paul.

Was Jesus mistaken as to the time of His own return? In proof that He was, Matthew 24:34 and parallel passages in the other gospels (Mark 13:30; Luke 21:32) are constantly cited. Our Lord is here reported as saying, “Verily, verily, I say unto you, This generation shall not pass away until all these things be accomplished” (Matthew 24:34, RV).

And it is held that Jesus here plainly taught that the generation living on earth at the time that He spoke these words would not have passed away before all the things recorded in the preceding verses had come to pass; and of course this would be a mistake.

But if anybody will read the entire passage carefully, he will see that Jesus here taught nothing of the kind. In the context He was teaching how rapidly things will culminate at the end; that when certain signs begin to appear events will ripen so fast that the generation then living will not have passed away until all things belonging to that particular epoch shall have come to be.

These signs mentioned as indicating the speedy close of the age are found in verse 29—the sun darkened, the moon not giving her light, stars falling from heaven, and the powers of heaven shaken. These signs did not occur while our Lord was on earth, nor in that generation, but when they do occur, things will ripen so fast that the sign of the Son of man shall be seen in heaven; and the Son of Man shall come in clouds with power and great glory before the generation then existing passes away.

That this is the true interpretation of the passage is evident from verse 33, where Jesus said distinctly, “When ye see all these things, know ye that he is nigh, even at the doors” (RV).

The connection is just the same in Mark 13, where similar words are found. If possible, it is even clearer in Luke 21:25–32, where the words are found again. So the whole difficulty is not with what Jesus actually said, but with the failure of expositors to carefully notice exactly what the thought in mind was when Jesus uttered the words to which objection has been made.

Taking this as the meaning of the word, the passage is interpreted to mean that “this race” or generation (that is, the Jewish race) shall not pass away (that is, shall maintain its race identity) until the coming of the Lord. It is a remarkable fact—indeed, one of the most remarkable facts of history—that though the Jews have for centuries been driven from their native land and scattered throughout all the nations, they have always retained their race identity.

This thought may also have been in Jesus’ mind, and the utterance pregnant with a fullness of meaning that cannot be exhausted by one interpretation. But from the context, the primary meaning seems to be the one given in the first explanation above.

Another passage urged to show that Jesus was mistaken about the time of His return is Matthew 16:28: “Verily, I say unto you, there be some standing here that shall not taste of death till they see the Son of man coming in his kingdom (see also the parallel passages, Mark 9:1; Luke 9:27). It is held that in this passage Jesus taught that His coming again would be before some of those standing there should die.

But here again in the context is found the entire solution of the difficulty. There ought to be no chapter division where Matthew 17 begins (the chapter divisions are not a part of the original Scriptures). We should read right on as we do in the parallel passages in Mark and Luke, and if we read right on and notice what is said, the meaning of Jesus’ words becomes as clear as day.

The words were spoken as a prophecy of the transfiguration, the account of which immediately follows with the closely connecting article “and.” Three of those standing with Jesus when He spoke the words were to go up with Him into the mount, and there in the mount they were to see His true glory shining forth in His face, in His person, in the very clothes He wore (Matthew 17:2).

They were to hear the Father declare, “This is my beloved Son, in whom I am well pleased” (v. 6). In all this they saw “the Son of man coming in his kingdom.”

If events had been allowed to take their natural course, Jesus then and there would have been manifested to the world as He was to the disciples, as King; but Jesus chose rather, in order that men might be saved, to go down from this mount of transfiguration where He was manifested in His glory as coming in His kingdom, where the kingdom of God came with power (Mark 9:1), where Peter and James and John saw the kingdom of God (Luke 9:27), to die as an atoning sacrifice on the cross of Calvary.

It is a significant fact in this connection that the subject of which Moses and Elijah, who appeared talking with Him in the mount, spoke was the decease which He should accomplish at Jerusalem (Luke 9:31).

Here again we see that the mistake was not on Jesus’ part, but arises from the carelessness of the interpreter in overlooking the context in which the words of Jesus are found, and the interpretation that is put upon the words by the writers themselves immediately after they have recorded them. So all these arguments of the destructive critics built upon our Lord’s being mistaken as to the time of His own return, fall to the ground.

But was not Paul mistaken?

It is said over and over again that Paul evidently was mistaken in his early writings as to the time of the coming of Christ. In defense of this contention the words of Paul contained in 1 Thessalonians 4:15–18 (RV), are brought forward: “For this we say unto you by the word of the Lord, that we which are alive and remain unto the coming of the Lord shall in no wise precede them that are fallen asleep.” It is said that these words make it evident that Paul expected to be alive when the Lord came.

What Paul may have expected I do not know. Very likely he did hope to be alive when the Lord came, but he certainly did not teach that he would be alive, and no one holds any theory of inspiration that maintains that the Bible writers did not entertain mistaken hopes. The one who contends for the plenary theory of inspiration and absolute veracity and accuracy of Bible teaching holds that the Bible writers nowhere teach error.

No one questions that they may have entertained erroneous notions on a great many things. All that is maintained is that if they had such erroneous notions, the Holy Spirit kept them from teaching them.

Paul certainly does not teach here that he would be alive when the Lord came. He does teach that some persons would have fallen asleep and others would be alive. As he was still alive, he naturally put himself in the class to which he belonged at the time of writing, “those which are alive” (that are left). He certainly was alive at the time.

He certainly was one of those left at that time. He does not say that he should continue to be alive. Very likely he hoped to be. Every believer who has a true understanding of the doctrine of the coming of the Lord naturally entertains a hope that he may be alive when the Lord comes. I hope that I may be, but not for a moment do I venture to teach that I will be. I do know that I am alive at this moment.

I know that I am not one of those who have as yet fallen asleep, and if I were differentiating between the two classes, those who are alive and those who are fallen asleep, I should certainly put myself with those who are alive, and would not be mistaken in so doing. Paul knew perfectly well that the Lord Himself had taught long before he wrote these words to the Thessalonians that it is not for us to know times or seasons which the Father has set within His own authority (Acts 1:7, RV).

He did not attempt to know times or seasons which His Master had so distinctly taught it was not for him, or for us, to know; but he did teach by “the word of the Lord” Himself that “the Lord Himself shall descend from heaven with a shout, with the voice of the archangel, and with the trump of God: and the dead in Christ shall rise first: then we which are alive and remain shall be caught up together with them in the clouds, to meet the Lord in the air: and so shall we ever be with the Lord.”

So in this passage instead of finding that the Holy Spirit allowed Paul to make mistakes, in point of fact the Holy Spirit kept him from making a mistake even in regard to the matter about which, in his own longing, he might have entertained a mistaken hope.

The whole passage then, instead of being an argument against the verbal accuracy of the Scriptures, is an argument for it, and shows how the men whom the Holy Spirit chose to be the vehicles of His revelation to us were kept absolutely from putting into their teaching any mistaken hope which they might have entertained.

How Could Jesus Commend The Action Of The Unrighteous Steward?

Did Jesus Preach To The Spirits In Prison? Is There Another Probation After Death? 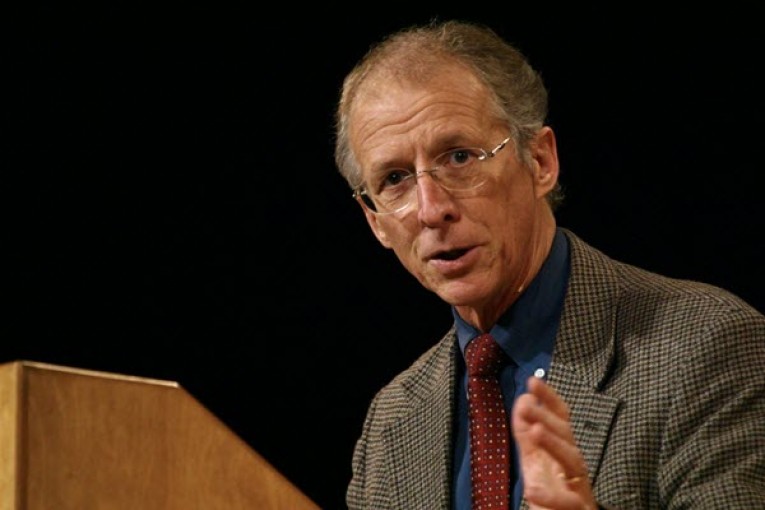 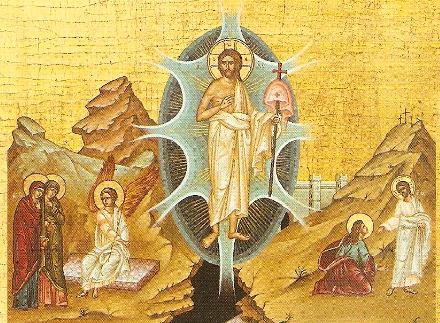