The issue of authorship is a difficult one. First, it covers sixty-six biblical books, and it would take a book of its own to discuss the issue properly for each of them. In fact, New Testament introductions and Old Testament introductions are books devoted to this and related issues. Second, there are a number of problems involved in defining exactly what we mean by authorship. I will tackle this second question and then give a brief answer to the first.

First, there are many books in the Bible that do not indicate who their author is. For example, only one of the four Gospels (John) gives any information about the author. Even in that case, the only information we are given is that “the disciple whom Jesus loved” is the witness whose testimony is being reported. It is not at all clear from John 21:20–25 whether “the disciple whom Jesus loved” actually wrote the Gospel (or part of the Gospel) or whether the Evangelist is telling us, “I got my stories from this man.”

Even if this beloved disciple actually wrote the Gospel, his name is not given. We can therefore safely say that none of the Gospels gives us the name of its author. Other books which do not give us the name of their authors include Acts, Hebrews, 1 John and all of the Old Testament historical books.

There are other instances where scholars do not agree if a particular phrase actually indicates authorship. Many of the Psalms are labeled in English “of David,” and Song of Songs is labeled “of Solomon,” but scholars debate whether the Hebrew means that the work is by the person named or whether it is in the style or character of that person’s tradition. Commentaries make us aware of these discussions, which is one reason to read good exegetical commentaries before jumping to a conclusion about authorship.

The issue, in this case, is not whether the attribution of authorship is inaccurate, but whether the person who put the books together (since Psalms, for example, consists of the work of several authors) intended to indicate authorship at all. It would be silly to say, “You are wrong; David did not write this or that psalm,” when the compiler of Psalms would reply (if he were alive), “I never said that he did.”

There is another set of books more like the Gospel of John. These works do refer to authorship, and they even give some indication of who the author is, but they do not give a name. For example, 2–3 John were written by “the elder.” There is no identification of who “the elder” is. A different situation occurs in the case of Revelation, where the author is named “John,” but there is no further indication of who this John is (John was a reasonably common name in some communities at that time).

Naturally, church tradition has added specific identifications in many of these books. Various church fathers stated that Mark was written by John Mark, who was recording the preaching of Peter. The “beloved disciple” and “the elder” and the “John” of Revelation were all identified with John the son of Zebedee, a member of the Twelve. Hebrews was attributed to Paul (although as early as a.d. 250 some church fathers recognized that this attribution was unlikely).

Second, the fact that some biblical books have the name of an author does not mean that the author personally wrote every word in the book. Normally ancient authors used secretaries to write their works. Sometimes we know the names of these secretaries. For example, Tertius wrote Romans (Rom 16:22) and Silas (or Silvanus) probably wrote 1 Peter (1 Pet 5:12); Jeremiah’s scribe was Baruch. In some cases, these secretaries appear to have been given a lot of independent authority. That may account for stylistic changes among letters (for example, whoever wrote the Greek of 1 Peter did not create the much worse Greek of 2 Peter).

Authorship also does not mean that a work remained untouched for all time. Presumably, someone other than Moses added the account of his death to the end of Deuteronomy. There are also notes in the Pentateuch to indicate that the names of places have been updated (for example, Gen 23:2, 19; 35:19). It is possible that other parts of the documents were also updated, but it is only in place names that one finds clear indications of this, because there the later editor includes both the original name and the updated one.

Likewise, it is probable that some works in the Bible are edited works. The book of James may well have been put together from sayings and sermons of James by an unknown editor. Daniel includes both visions of Daniel and stories about him. It would not be surprising to discover that it was a long time after Daniel before the stories and the visions were brought together and put into one book.

Psalms is obviously an edited collection, as is Proverbs. We do not know what shape Moses left his works in. Did someone simply have to add an ending to Deuteronomy, or was there a need to put a number of pieces together? Probably we will never know the complete story.

The point is that a work is still an author’s work even if it has been edited, revised, updated or otherwise added to. I own a commentary on James by Martin Dibelius. I still refer to it as by Martin Dibelius although I know that Heinrich Greeven revised and edited it (and then Michael A. Williams translated it into English).

Dibelius died before the Dead Sea Scrolls were found, so the commentary now refers to things that Dibelius knew nothing about. Yet it is still accurate to refer to it as by Dibelius (and to put his name on the cover) because the basic work is by him.

We have also received letters from various executives with a note “signed in his (or her) absence” at the bottom after the signature. The executive in question probably told his or her secretary to reply to our letter along thus and so lines and then left the rest to be completed and mailed while they were away. It still carries the executive’s authority, even if the exact wording is that of the secretary.

Third, even understanding that a work might have been updated or edited at some time, can we trust the statements that Scripture (rather than tradition) makes about authorship? I am talking about those instances in which a work clearly indicates that Paul or whoever wrote it. The question is whether all of these books are basically by the people whom the Bible claims wrote them.

Scholars would divide on this question. Even evangelical scholars are not totally unified about how much of Isaiah was written by Isaiah son of Amoz or whether Paul actually wrote Ephesians. Yet it is also fair to say that a good case can be made for saying, “Yes, each of the works is basically by the person whom the text claims wrote it.”

In order to argue this in detail I would have to repeat the work of R. K. Harrison in his massive Introduction to the Old Testament or Donald Guthrie in his New Testament Introduction. Naturally, other scholars have done equally thorough jobs. In a book like this, I cannot repeat that work.

However, it is worthwhile asking if authorship questions are important and why. Basically, two issues are involved. On the one hand, there is the issue of whether the Bible is accurate in what it teaches. So long as the author of Revelation was John, it does not affect the accuracy of the Bible one little bit which John the author turns out to be. All the Bible claims is that he was some John.

Yet if we claim that Paul did not write Romans, it would certainly reflect on the accuracy of the Bible, for Romans clearly intends to claim that it was written by Paul of Tarsus, the apostle to the Gentiles.

Some scholars believe that pseudepigraphy (attributing one’s work to another person) was accepted in the ancient world and that it would not have been considered deception. Certainly, some forms of pseudepigraphy were practiced in the ancient world, yet with some possible exceptions (which would be cases in which a person in a vision thought he or she was actually experiencing something from the point of view of another person or receiving a message from them) the evidence is that pseudepigraphy was not accepted practice.

That is, the person who wrote a pseudepigraphical work normally was trying to deceive others to get an authority for his or her work that it would not otherwise have had. Also, when such letters or acts were exposed they were quickly rejected and, in some cases, the author was punished. Thus the evidence does not support the idea that an author could use the name of another and expect others in the church to understand that he or she was not trying to deceive them. It does appear that the accuracy and nondeceptive character of the biblical books is at stake on this point.

On the other hand, there is the issue of the proper setting of a work. For example, if Paul wrote 1 and 2 Timothy, then they were written before the mid-60s (when Paul was executed). We know who the Caesar was and something of what was going on in the world at that time. We also know a lot about Paul’s history up to that point.

If we argue that Paul did not write them, we have lost a definite historical context. Even when authorship does not matter from the point of view of biblical accuracy (for example, Hebrews does not mention who wrote it), we still discuss authorship, trying to determine all that we can about it because this information helps us give a date and context to the work.

In summary, we can trust what the Bible says about authorship, but we must be careful to be sure that it is saying what we believe it to be saying. If we argue that the Bible is saying more than it actually claims, then we may end up trying to defend a position that even the biblical authors would not agree with! At the same time, accurate information on authorship assists us with interpretation by giving the work a setting in history, a context which is the background of interpretation. 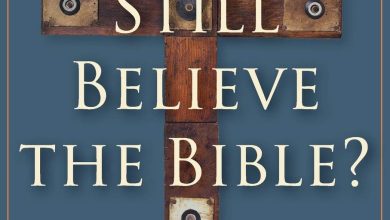 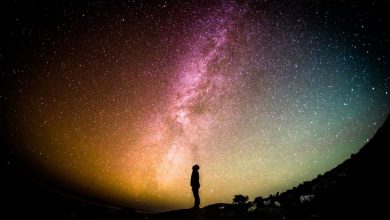 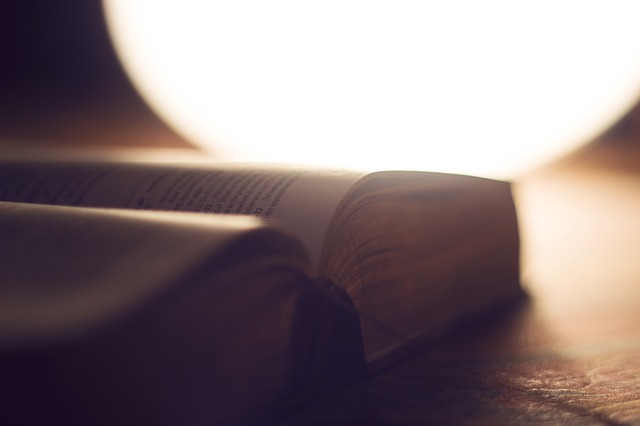