Richard Dawkins is the world’s best-known champion of both atheism and its intellectual underpinning, particles-to-people evolution. His latest book, The Greatest Show on Earth: the evidence for evolution is touted as an unanswerable challenge to those who believe in divine creation. In the past, he says, he has assumed evolution; this time he lays out in one major book the evidence for evolution (and its corollary, vast geological ages). Now scientist, chess master and logician Jonathan Sarfati Ph.D. FM goes head to head with Dawkins in this full-on rebuttal, The Greatest Hoax on Earth? Refuting Dawkins on Evolution. Sarfati is no lightweight opponent; his Refuting Evolution at over 500,000 in print is the biggest-selling creationist book ever. In his crisp, highly readable trademark style, Sarfati’s sheer competence relentlessly erodes each of Dawkins’ claims and in the process, exposes the logical fallacies and even some of the dubious tactics employed. It’s precisely those who feel smug in the belief that all the intellectual firepower is on the side of evolution who most need to read Sarfati’s book if only to understand better why it is that there are thousands of scientists and intellectuals today who are convinced that biblical creation outguns evolution in a fair science showdown, stripped bare of rhetoric and ideological ‘noise’. 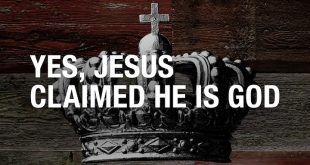 Did Jesus Claim to be God? A Response to Bart Ehrman (Part 3)

Did Jesus Claim to be God? A Response to Bart Ehrman (Part 3) Note:  This …