What’s Wrong with “The God of the Gaps” Argument

What’s Wrong with “The God of the Gaps” Argument

Over the years, I have had my share of discussions with atheists and skeptics about the existence of God. Any attempt to point to God as an explanation for observable phenomena such as anticipatory, irreducible or specified complexity can invoke the atheist or naturalist to cry “ foul play.” Many of these people tend to have faith that science will be able to fill in any gaps in our knowledge. Let’s try to clear up this misunderstanding.

First of all, in his book Who Made God: Searching For A Theory Of Everything? Edgar Andrews has given us some things to ponder here:

1. It is important to understand that science can explain nothing except in terms of the laws of nature. Science works by first discovering (by observation) laws that describe the workings of nature and then using this knowledge to seek out further explanations — beginning with hypotheses and then confirming these hypotheses by various tests, the chief of which must always be repeatable experimental verification. To offer a scientific explanation of anything one must always appeal to existing laws (or at very least plausible hypotheses). No laws, no science; it’s as simple as that.

2. To explain the origin of the universe scientifically, therefore, requires an appeal to laws of nature (established or hypothesized) that pre-existed the universe. But laws of nature are nothing more than descriptions of the way nature operates. No one has ever proposed a law of nature that does not involve existing natural entities, whether they be matter, energy, space-time or mathematical systems. (Note that mathematics are arguably philosophical rather than scientific in character and are only scientifically relevant when applied to natural realities — that is, the world as it exists).

4. The only alternative is that the laws of nature did pre-exist the universe but existed as a kind of blueprint in some non-material medium such as the “mind of God”.

Let me add a few of my own points here:

For example, both Richard Dawkins and Francis Crick (who are staunch atheists) both admit that while the world shows every indication it is designed and have purpose, they add one qualification; it only looks that way. In other words, while the design is evident, it can be explained without resorting to any Designer. Since Crick and Dawkins (as well as other atheists) only accept natural causes, this means the phenomena we observe can be explained mostly by chance and randomness. So even if the world shows intentional causation, the design can be explained without saying there is a Designer.

We must not forget that natural laws (gravitation, magnetism, etc) do nothing and set nothing into motion. So when someone such as Richard Dawkins and other atheists appeal to “the blind forces of nature” as being able to explain all the observable complexity (such as anticipatory, irreducible and specified complexity), this makes no sense.

Second, it is true that a law of gravity, or the strong and weak nuclear forces don’t have minds or are conscious. However, while they may be blind, what Dawkins and others forget is that these laws are mechanisms. They are not agents. As Edgar has already has pointed out, there is a problem with stating these mechanisms created themselves.

We must not forget that agents have goals and plan ahead. Mind or intelligence is the only known condition that can remove the improbabilities against life’s emergence. It is hard to see how a blind, naturalistic, undirected process could anticipate the universe that is required for our life to get started on our present earth and then go on to create life from non-life as well as the genetic code, etc.

So we see the confusion is between mechanism and agency. If Dawkins and others could at least admit that nature is a mechanism that is used by an Agent (e.g., an Intelligent Designer), to accomplish His purposes, they would begin to make some sense. However, what we see here is that science can’t be divorced from philosophy. Metaphysical naturalism refers to the view that nature is the “whole show.” Methodological naturalism (as currently discussed and advocated by Dawkins, some atheists, etc.) is not a discovery of science. It must always be viewed as a presupposition of science as presently practiced. It is clear that modern science only accounts for secondary causation (natural causes alone without any agency).

The Inference To The Best Explanation Model

Another problem in this discussion is the failure to understand what is called inference to the best explanation. The inference to the best explanation model takes into account the best available explanation in our whole range of experience and reflection. Intelligent Design simply looks at the evidence and shows that we can empirically verify that nature by itself (without any agency) can’t come into existence on it’s own and go on to account for anticipatory, irreducible, and specified complexity. For example, I agree that natural laws describe regularities in nature. However, as Stephen Meyer points out, these laws don’t generate complex sequences, whether specified or otherwise. The laws describe highly regular, repetitive and periodic patterns. This is something that is empirically detectable- it is part of our inference to the best explanation. This is discussed in further detail in Meyer’s Signature In The Cell and in Jay W. Richard’s God and Evolution.

In his book An Atheist Defends Religion: Why Humanity Is Better Off With Religion Than Without It, author Bruce Sheiman gives a general outline of how atheists account for how we got here. Human Life = Laws of physics X chance + randomness+ accidents+luck X 3.5 billion yrs. In other words, the laws of physics for our present universe arose by chance (from a multitude of possible universes); the first forms of life developed by chance (arising by primordial soup combinations that resulted from the laws of physics plus accidents); the first concept of life developed purely by chance (genetic mutations and environmental randomness); and humans evolved by more improbable occurrences. I wish naturalists all the luck in trying to account for this scenario.

It seems that Rabbi Paul was on target when he said that God’s existence and attributes can be “clearly seen” (Romans 1:18-20) since they have been “shown” to the unbelieving world through “the things that are made” (nature). Some people assert that unless the God of the Bible is a material object that can be verified with one’s five senses, He doesn’t exist. In response, it is a category fallacy to ascribe sensory qualities to God or fault him for not being visible. Since we can’t see God as a material object, one way to approach this issue is to look at the effects in the world and make rational inferences to the cause of the effect. Hence, we must look to see if God has left us any pointers that lead the way to finding Him.

My advice is to at least attempt to learn about Intelligent Design. Maybe you could read the literature? This article as well as this one are good starting points.

قبل Jewish Professor speaks about the Incarnation of Jesus: Is it really a non Jewish concept?
بعد Using Inference to the Best Explantion: What Caused the Birth of Christology? 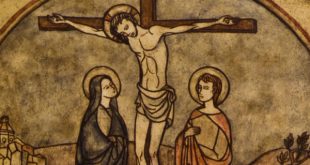 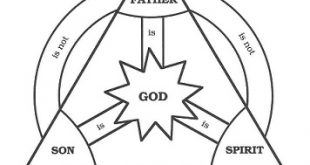 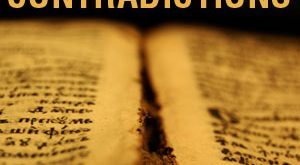 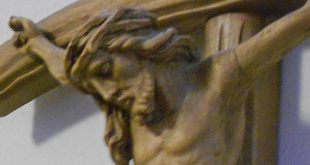