In his further efforts to show intentional theologically motivated changes, Ehrman examines the statement by Luke in 3:22.21 In his discussion he matter-of-factly declares, “As we have seen, scribes typically try to harmonize texts rather than take them out of harmony; it is therefore the form of the text that differs from Mark that is more likely to be original in Luke.”22 Ehrman is employing a canon or principle of textual criticism that states, “Prefer the less harmonious reading in parallel passages.”23 But Ehrman’s assertion is particularly strange for several reasons. First, Ehrman strategically neglected to employ or even refer to this “canon” of criticism when examining the variant in Lk. 2:43. Since the expression “Joseph and his mother” is so much out of harmony with the frequent uses of “parents,” why is not this reading “more likely to be original in Luke” since it is different? It seems that the so-called canons of criticism are more likely convenient justifications that Ehrman can call upon in order to defend his a priori assumptions.

Secondly, it is not at all generally accepted among textual critics that any one canon of criticism is as unproblematic as Ehrman presents them. As James Royse points out, even when it comes to stating what the principles are or even what one particular canon is claiming, “the statements [among critics] vary more or less from one another and often lead to conflicts in practice…. While one can hardly hope that scholars might agree on all such issues, the varying statements and the conflicts lead one to wonder what the evidence is (or might be) for such claims about the tendencies of scribes, especially for such specific tendencies… .”24 Royse goes on to point out that, “such discussions [about the canons of criticism] show that the application of these principles may vary, and that the evidence underlying them is far from clear. Indeed, evidence for these principles is usually not cited, and one may wonder whether it is possible to know what scribal tendencies were, either for a particular scribe or for scribes in general.”25 Consequently, Ehrman’s claim that scribes tended to harmonize is not generally accepted among textual critics as an accurate characterization of the practices of scribes.

In his discussion of Lk. 3:22, Ehrman refers the reader to the fact that earlier in his text he has shown the reader that the tendency of scribes is to harmonize the text. He is referring to his assertions on page 97 where he says, “The scribal tendency to ‘harmonize’ passages in the Gospels is ubiquitous.” Contrary to this supposed tendency, however, Maurice Robinson points out, “The apparatuses demonstrate that most of the numerous cases of harmonization or assimilation did not perpetuate in any great quantity. While scribes did harmonize at various places, and that frequently enough, the vast majority of scribes did not accept or perpetuate such alterations to any significant degree. Even if parallel locations were known from personal familiarity with scripture, most scribes would not adopt or add to the text that which was not in the exemplar before them. Harmonization simply did not occur on the grand scale.”26 Far from being “ubiquitous” as Ehrman claims, harmonization may have in fact been minimal, at least in the sense that harmonizations did not survive in the tradition. And just as Royse pointed out, Ehrman strategically omits any evidence for the so-called principle of harmonization. What he presents is rather a dubious instance of the influence of oral tradition. This is hardly a case of harmonization such as the one he is claiming in Lk. 3:22, and it is certainly a safe assertion for Ehrman to make since oral tradition, by its very nature, does not survive qua oral, and Ehrman’s claim thereby becomes unfalsifiable.

Concerning the variant in Lk. 3:22, Ehrman concludes that the “less-attested reading—’Today I have begotten you’— is indeed the original.”27 But what happened to the principle of the “best and earliest manuscripts”? Ehrman claims, “In one early Greek manuscript and several Latin ones, however, the voice says something strikingly different: ‘You are my Son, today I have begotten you.’”28 As is his modus operandi, Ehrman strategically neglects to tell his readers which “early manuscript” this is. The “early manuscript” to which Ehrman refers is D, Codex Bezae, also known as Cantabrigiensis, which is classified as Western text-type and dates from the fifth or sixth century. Interestingly, according to Bruce Metzger, “No known manuscript has so many and such remarkable variations from what is usually taken to be the normal New Testament text. Codex Bezae’s special characteristic is the free addition (and occasional omission) of words, sentences, and even incidents.”29 Whereas Ehrman confidently asserts that this reading is indeed original, Metzger points out that, among critical scholars, “There is still no unanimity of opinion regarding the many problems which the manuscript [D, Codex Bezae] raises.”30 In fact, in his textual commentary on this variant, Metzger says, “The Western reading, ‘This day I have begotten thee,’ which was widely current during the first three centuries, appears to be secondary, derived from Ps. 2:7.”31 Once again this demonstrates how Ehrman selectively reports the data and does not allow his readers to have a fair and accurate picture of the text or of the text critical situation. For some strange reason, in his emphasis on the scribal tendencies to harmonize, Ehrman conveniently omits the possibility that this text could have been changed to bring it into harmony with Ps. 2:7. It seems that Ehrman’s tendencies are more readily identifiable than the tendencies of the scribes.32 [1]

32 On page 160 Ehrman’s appeals to Acts 10:37–38 and Acts 2:38 are patently absurd. He claims that in Acts 10:37–38 Luke asserts that Jesus became Christ at His baptism. Of course the text says nothing of the sort: “yourselves know the thing which took place throughout all Judea, starting from Galilee, after the baptism which John proclaimed. You know of Jesus of Nazareth, how God anointed Him with the Holy Spirit and with power, and how He went about doing good and healing all who were oppressed by the devil, for God was with Him” (ὑμεῖς οἴδατε τος γενόμενον ῥῆμα καθ= ὅλης τῆς ᾿Ιουδαίας ἀρξάμενος ἀπὸ τῆς Γαλιλαίας μετὰ τὸ βάπτισμα ὃ ἐκήρυξεν ᾿Ιωάννης ᾿Ιησοῦν τὸν ἀπὸ Ναζαρέθ ὡς ἔχρισεν αὐτὸν ὁ θεὸς πνεύματι ἁγίῳ καὶ δυνάμει ὃς διῆλθεν εὐεργετῶν καὶ ἰώμενος πάντας τοὺς καταδυναστευομένους ὑπὸ τοῦ διαβόλου ὅτι ὁ θεὸς ἦν μετ= αὐτοῦ.). Nowhere in this text does Luke claim that Jesus became the Christ at His baptism. Concerning Acts 2:38 Ehrman asserts, “Luke states that Jesus became the Christ at his resurrection (Acts 2:38).” The text of Acts 2:38 states, “Peter said to them, ‘Repent, and each of you be baptized in the name of Jesus Christ for the forgiveness of your sins; and you will receive the gift of the Holy Spirit’” (Πέτρος δὲ πρὸς αὐτούς· μετανοήσατε φησίν καὶ βαπτισθήτω ἕκαστος ὑμῶν ἐπῖ τῷ ὀνόματι ᾿Ιησοῦ Χριστοῦ εἰς ἄφεσιν τῶν ἁμαρτιῶν ὑμῶν καὶ λήμψεσθε τὴν δωρεὰν τοῦ ἁγίου πνεύματος). It is likely that Ehrman’s reference is a misprint, and he is referring to statements made earlier in the passage. Going through the earlier verses, however, one discovers that there are no statements that assert that Jesus became the Christ at His resurrection. The closest to this is verse 36 which says, “Therefore let all the house of Israel know for certain that God has made Him both Lord and Christ—this Jesus whom you crucified” (ἀσφαλῶς οὖν γινωσκέτω πᾶς οἶκος ᾿Ισραηςλ ὅτι καὶ κύριον αὐτὸν καὶ χριστὸν ἐποίησεν ὁ θεός τοῦτον τὸν ᾿Ιησοῦν ὃν ὑμεῖς ἐσταυρώσατε). But here there is no assertion that Jesus “became the Christ” at his resurrection. The statement is simply that God made Jesus Lord and Christ. There is no indication here as to when this appointment took place. Conveniently, Ehrman does not quote these verses nor present any argument or evidence that his understanding of them is accurate or even reasonable. 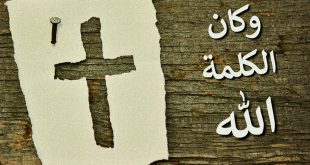 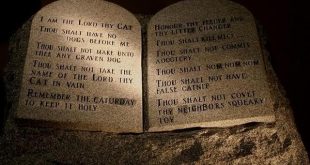 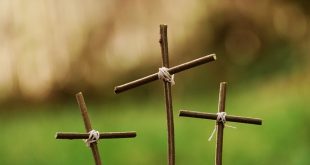 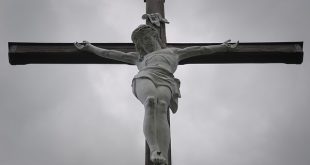 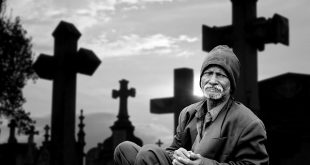 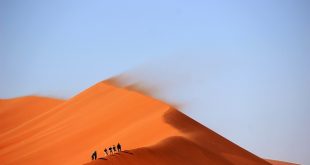