Do the names for God in Genesis 1 and 2 show a difference in the authorship of the two chapters?

It is true that throughout the thirty-one verses of Genesis 1 the only name for God used is Elohim, and that the personal name for God, i.e., Yahweh, becomes prominent in chapter 2. Nevertheless this distinction of usage in the two chapters furnishes no solid evidence of difference in authorship. This theory was first brought into prominence by the French physician Jean Astruc back in 1753. He felt that Genesis 1 must have been taken from some earlier literary source produced by an author who knew of God only by the name Elohim, whereas Genesis 2 came from a different source that knew of God as Yahweh (or “Jehovah”). J. G. Eichhorn of Leipzig extended this Yahwist-Elohist source division to the rest of the chapters of Genesis all the way to Exodus 6:3, which was interpreted by him to mean that according to that “source” the name Yahweh was unknown until Moses’ time. This implied that all the references to Yahweh occurring in Genesis must have come from a different source (J) that supposed that He was known by that name before Moses’ time.

Exodus 6:3 says, “And I appeared to Abraham, Isaac, and Jacob as God Almighty [El Shaddai], but by My name Yahweh I did not make Myself known to them.” This might seem to imply that the name itself was unknown before Moses’ time, but such an interpretation goes against actual Hebrew usage. There is a very special significance to the phrase “to know the name of Yahweh” or “to know that I am Yahweh.” This expression occurs at least twenty-six times in the Old Testament; and in every instance it signifies to learn by actual experience that God Yahweh, the covenant-keeping God who chastens cares for, and delivers His covenant people from their foes. Thus we read in Exodus 6:7, “You shall know that I am Yahweh your God, who brings you out from under the burdens of the Egyptians.” Even the Egyptians were to learn this from bitter experience, according to Exodus 14:4: “And the Egyptians shall know that I am Yahweh”—as a result on of the ten plagues that were to fall on them.

Obviously Pharaoh knew that the name of the God of Moses was Yahweh, for he so referred to Him in Exodus 5:2: “Who is Yahweh that I should obey His voice to let Israel go?” Therefore we are to understand Exodus 6:3 as meaning “I showed Myself to Abraham, Isaac, and Jacob as the all-powerful Ruler of creation and Sovereign over all the forces of nature [i.e., as El Shaddai, God Almighty], but I did not show Myself to them as a covenant-keeping God in the miraculous, redemptive way that I am about to display in the deliverance of the entire nation of Israel from Egyptian bondage.”

“Yahweh” connotes God’s faithfulness and personal care of His covenant people—though this pertains to His dealing with individual believer as well. Thus in His relationships with Abraham and his family all through the Genesis account, God is referred to as Yahweh. But it was reserved for the generation of Moses to behold the wonder-working power of God on their behalf on an epoch-making scale. The Exodus record is marked by one redemptive miracle after another, with chastening judgments visited on Israel as well, in their times of rebellion and apostasy, until finally they were brought safely into the land of Canaan under Joshua, there to establish a new commonwealth under the guidance of the law of Moses. This, then, is the way we are to understand the true intent of Exodus 6:3, rather than in the simplistic way that Eichhorn and his followers of the Documentary (JEDP) school have construed it.

Going back, then, to the explanation for the difference in the name-usage followed in Genesis 2 as opposed to Genesis 1, the reason for this distinction is perfectly evident in the light of the previous discussion. “Elohim” was the only name of God appropriate in a narrative of God’s work of creation as Ruler over all nature and the universe. But in chapter 2 He comes into a personal covenant with Adam and Eve; and therefore to them God (Elohim) displayed Himself as “Yahweh,” the God of grace and covenant. Therefore, throughout the chapter, in all eleven occurrences, Yahweh occurs in combination with Elohim, never alone. This clearly implies that the same God who made the universe in six creative stages is the very same Lord who loved and cared for Adam and His son, created after His own image. The same is true throughout chapter 3: “Yahweh” is never used alone but only in combination with “Elohim.” Not until we come to Eve’s comment in Genesis 4:1 do we encounter the first occurrence of “Yahweh” (or LORD) alone, without Elohim.

In view of this consistent combination of the two names throughout chapters 2 and 3, it is difficult to imagine how Astruc, Eichhorn, or any other scholar could have come up with the theory that there ever was a prior source that knew of God only by the name Yahweh. In view of the constant joining of the two names together, one would have to suppose that some later redactor chose to glue together by dint of scissors and paste a snippet of “J” ending with “Yahweh” with a snippet of “E” or “P” that began with “Elohim.” Such an artificial and bizarre process of combination extending through two entire chapters has never even discovered in the literature of any other nation or time. It calls for an extraordinary degree of naive credulity to suppose that it could have been so in the case of Genesis 2 and 3.

Before closing this discussion, it ought to be pointed out that, on the basis of comparative literature of the Ancient Near East, all of Israel’s neighbors followed the practice of referring to their high gods by at least two different names—or even three or four. In Egypt Osiris (the lord of the netherworld and the judge of the dead) was also referred to as Wennefer (He who is Good), Khent-amentiu (Foremost of the Westerners), and Neb-abdu (Lord of Abydos); and all four titles occur in the Ikhernofer Stela in the Berlin Museum. In Babylonia the god Bel was also know by his Sumerian title of Enlil and by Nunamnir as well (cf. the Prologue of the Lipit-Ishtar Law Code). Similarly the Moon god was both Sin and Nanna, and the great goddess Ishtar was also known as Inanna or Telitum. In the pre-Mosaic Canaanite culture of Ugarit in North Syria, Baal was frequently called Aliyan (and that too in successive stichoi of parallelistic poetry, just as in the Hebrew Psalter), whereas the king-god El was also known as Latpan, and the artificer god Kothar-wa-Khasis was also called Hayyin (cf. Pritchard, ANET, p. 151, in connection with Aqhat).

In Greece the same practice held true: Zeus was also Kronion and Olympius; Athena was Pallas; Apollo was Phoebus and Pythius as well—all of which appear in parallelistic verses of Homer’s epics. To insist that this same phenomenon in Hebrew literature must point to diverse prior sources is to ignore completely this abundant analogy from the literature of all of Israel’s neighbors. It is difficult to see how source division on the basis of divine names can be accepted as intellectually respectable in the light of the known facts of comparative literature. 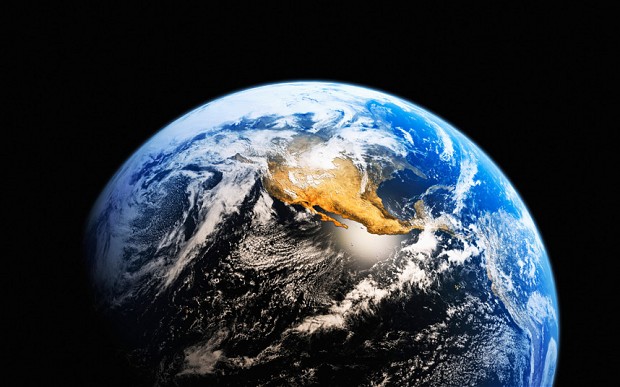