At the time Adam and Eve were created, they were in an ideal environment for the preservation of human life. The Garden of Eden was ideally suited to maintaining their health and vigor unimpaired. Even after they were expelled from Eden, it would seem that conditions for longevity were still far more favorable than they later became after the Flood; and there may well have been a virtual absence of disease. When these conditions gradually changed for the worse, particularly after the terrible judgment of the Flood, the life expectancy of man became progressively shorter. By Moses’ time a lifetime of seventy years was considered normal, and those who lived on the eighty or beyond were generally beset with discomforts and weaknesses of various sorts, until they finally passed off the scene (see Ps. 90:10, dating back to the time of Moses, around 1400 B.C.). It seems that there was gradual working out of the cursed effects of sin on the physical well-being and stamina of the human race, even long after the Fall had taken place.
As for the suggestion that time may have been computed differently during the earlier history of mankind, this could only have been the case if the planet Earth revolved more rapidly around the sun then than it does now. By definition of a year is reckoned as the time necessary for the earth to revolve around the sun. According to Genesis 1:14, this revolution, as well as the daily rotation of the earth, was pretty well set and standardized right from the beginning. It is rather unlikely (though not absolutely impossible) that these planetary movements would have greatly altered since the creation of man.
Why is so much emphasis put on the antediluvian genealogy in the Bible? If the whole world was destroyed with the Flood, wouldn’t everybody be of the same bloodline through Noah and his family? In other words, aren’t we all related?
Yes, we are indeed all descendants of Noah, for all other families in the antediluvian human race were destroyed by the Flood (so Gen. 7:21: “And all flesh that moved on the earth perished, birds and cattle and beasts … and all mankind”). The reason for the genealogical listing in Genesis 5 was to give the family line of Noah himself, since his descent from Adam through the covenant line of true believers was a matter of prime importance. Likewise in the genealogy of our Lord Jesus Christ, as given in Luke’s gospel, these same antediluvian ancestors are listed (see Luke 3:36–38) to show that the Second Adam was descended from the first Adam. Furthermore, the godly walk of leaders like Seth, the son of Adam (Gen. 4:26), and his son Enosh was a matter of great importance; so too was the close fellowship Enoch had with God before the Lord took him at the age of three hundred years to dwell with Him in heaven’s glory.
Archer, G. L. (1982). New International Encyclopedia of Bible Difficulties. Originally published: Encyclopedia of Bible difficulties. 1982. Zondervan’s Understand the Bible Reference Series (77). Grand Rapids, MI: Zondervan Publishing House. 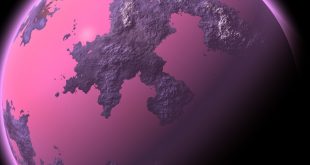 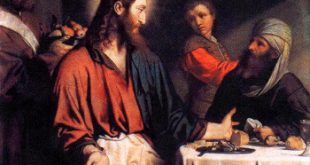 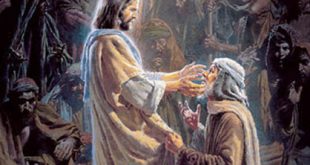 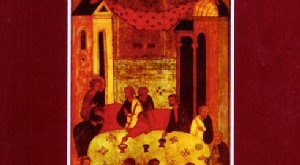 THE NEW TESTAMENT AND THE PEOPLE OF GOD | N.T.WRIGHT

للتحميل  هذا الموضوع من قِسم:كُتب إقرأ أيضاً: On the Form, Function, and Authority of the …