Psalm 16 does not speak of the resurrection of the Messiah.

According to the biblical record, Psalm 16 is a psalm of David, in which he expresses his confidence that he will be delivered from death and will not rot in the grave. But since David did, in fact, ultimately die and see physical corruption, the New Testament learns from this that he was speaking prophetically about his greatest descendant, the Messiah, who would actually be resurrected from the grave.

As rendered in the NJPSV, the key verses from Psalm 16 state:

I am ever mindful of the Lord’s presence;

He is at my right hand; I will never be shaken.

So my heart rejoices,

my whole being exults,

and my body rests secure.

For You will not abandon me to Sheol,

or let Your faithful one see the Pit.

You will teach me the path of life.

In Your presence is perfect joy;

delights are ever in Your right hand.

What exactly does this mean? Does David simply express the hope that he will not die before his time? Or is it something more? Is he actually saying that God will not let his body stay in the grave? As the nineteenth-century biblical scholar J. A. Alexander observed, the text does not say that God will not leave him in the place of the dead (Sheol) but rather that God will not leave him to that place, meaning “abandon to, give up to the dominion or possession of another.”221 And this is reinforced by the next phrase, namely, that God will not let his “faithful one see the Pit,” meaning, see the corruption and decay of death.222 This seems to indicate more than “You will keep me from dying prematurely.”223 In fact, some of the traditional Jewish commentators, including Rabbi David Kimchi, interpreted David’s words in verse 9 (“my body rests secure,” my translation) to mean that “when the Psalmist dies his body will not decompose.”224

As Rozenberg and Zlotowitz explain:

The Talmud points out that seven biblical heroes were preserved whole in the earth: Abraham, Isaac, Jacob, Moses, Aaron, Miriam, and Benjamin. Regarding David this is a difference of opinion as to whether the expression, “my body” includes David among the others, which would make it eight or that David’s prayer was wishful thinking (B.B. 17A).225

How interesting! Even the Talmud takes up the question of exactly what David meant in some of these important phrases, while other traditional sources interpret some of the expressions “to allude to immortality.”226 This emphasis on the future life seems to be confirmed by the closing verse of the psalm, speaking of the path of life, God’s presence, perfect joy, and unending delights. As Rashi explains, “Endless joy. That is the joy of the future.”227

In light of all this, Peter’s comments on this psalm—as he preached to a Jewish audience from around the world, gathered at the Temple in celebration of Shavuot (the Feast of Weeks, or Pentecost)—make perfect sense:

Brothers, I can tell you confidently that the patriarch David died and was buried, and his tomb is here to this day. But he was a prophet and knew that God had promised him on oath that he would place one of his descendants on his throne. Seeing what was ahead, he spoke of the resurrection of the [Messiah], that he was not abandoned to the grave, nor did his body see decay. God has raised this Jesus to life, and we are all witnesses of the fact.

“There’s only one problem,” you say. “David spoke this about himself, not about some future descendant of his. So how can it refer to the Messiah?”

Actually, it is possible that he looked ahead into the future and saw himself supernaturally preserved from death and decay (as suggested by some of the rabbis, as we have read), but what he was actually seeing was not his own deliverance from death (in reality, resurrection) but rather that of his progeny, the Messiah.228 And this would really not be surprising at all, since in the biblical mentality, one’s future hope and ongoing life were intimately tied in with one’s descendants, and to die childless would be to die without a future.229 That’s why King Hezekiah pleaded with God to deliver him from death: At the time of his sickness, he had no son. How then could his line be preserved? How then could his destiny be fulfilled? When he was healed, he proclaimed, “The living, the living—they praise you, as I am doing today; fathers tell their children about your faithfulness” (Isa. 38:19). The chain of life is kept intact from father to son.

This mentality is also reflected in names such as Simon Bar Jonah (Simon son of Jonah, in the New Testament) or Abraham Ibn Ezra (Abraham son of Ezra, in the middle ages): You do not stand alone; rather, you are your father’s son. Even more interesting is the Arabic custom reflected in such names as Abu Walid (meaning father of Walid). How can a father be named after his son? The reverse is what we expect! The answer is fascinating: In some Arabic cultures, when the firstborn son is named, the father changes his name. And so, to give an example, when a man named Salim has his first son and names him Muhammad, Salim now becomes known as Abu Muhammad, father of Muhammad. His future is bound up with his son, and his offspring carries out his destiny in an unbroken chain. This is similar to the biblical mentality and shows why it was considered such a curse to die childless.

It is therefore totally logical from a biblical standpoint that David, a prophet of God inspired by the Spirit, actually foresaw the resurrection of the Messiah as he pondered his own future hope. The New Testament application of this verse to Yeshua’s resurrection is fitting and appropriate, not twisting the force of the original but rather gleaning an important insight from the text. We do well to take this interpretation seriously, especially since David’s prophetic hope was not fulfilled in his life but rather in the life of his greater son, the Messiah.

221 Joseph Addison Alexander, The Psalms Translated and Explained (repr; Grand Rapids, Baker, 1977), 68. This agrees with the rendering of the NJPSV, as cited: “For You will not abandon me to Sheol.”

223 Old Testament scholar A. A. Anderson presents both views, suggesting that verse 10 “probably” means that “God will deliver his servant from an untimely death, or from the danger of death during his allotted span of life,” but also states that “it is just possible that the Psalmist may have hoped that, in some way or other, his fellowship with God would not come to an end,” even suggesting that the text contains an “allusion … to the belief of the resurrection of the body.” Anderson, The Book of Psalms (1–72): The New Century Bible Commentary (Grand Rapids: Eerdmans, 1972), 1:145–46. It seems that the reason Anderson is uncertain about this psalm expressing a hope in the resurrection from the dead is not primarily the simple meaning of the text but rather the larger question of whether such a belief was known at that time.

225 Ibid. The abbreviation B.B. refers to the Talmudic tractate b. Baba Bathra.

226 Ibid. The authors, however, claim that “there is, however, no hard evidence that immortality as understood later on was a living concept in biblical times” (ibid.), also claiming that it is “anachronistic” to assign this psalm “to David’s time and contend that he was expressing a belief in resurrection” (ibid., 75). Other biblical and ancient Near Eastern scholars differ with this; cf. Willem VanGemeren, “Psalms,” EBC, 5:158–59.

227 Rosenberg notes that this explanation is only found in some Rashi manuscripts, meaning that Rashi himself or an editor of his works wrote it. Either way, this explanation derives from a traditional Jewish source.

228 According to Delitzsch (Psalms, 1666), such “Messianic Psalms of David are reflections of his radical, ideal contemplation of himself, reflected images of his own typical history; they contain prophetic elements, because David there too speaks en pneumati [Greek for “in the Spirit”] but elements that are not solved by the person of David.” 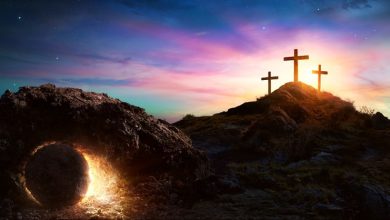 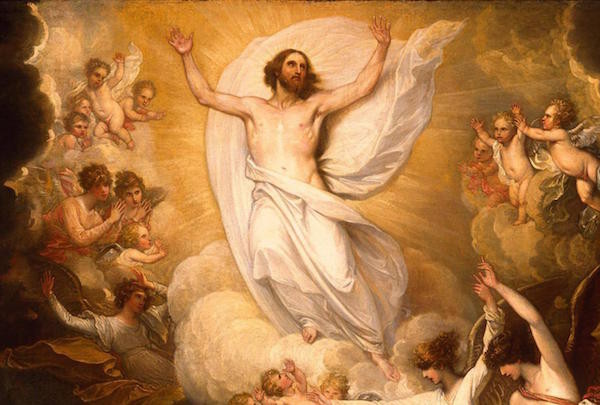