Those “Christian” scholars who reject the so-called proof texts to which you refer are the very same scholars who reject any clear expectation of a Messiah of any kind—Jewish or Christian—in the Hebrew Scriptures. Their findings are just as incompatible with traditional Judaism as they are with traditional Christianity. On the other hand—and you might find this interesting—most of these very same scholars fully recognize the New Testament methods of interpreting the Hebrew Scriptures as thoroughly Jewish, in keeping with the style of the Dead Sea Scrolls and later Rabbinic writings, except often more sober! In any case, the real issue is not whether these scholars believe that Jesus is the prophesied Messiah of the Tanakh. The issue is: Is Jesus, in fact, that prophesied Messiah?

The point of this objection is not whether or not Jesus is the Messiah spoken of in the Hebrew Bible; the point is whether or not Christian scholars believe that he is. The answer is really quite simple: Christian scholars who accept the New Testament as the inspired, infallible Word of God believe that Jesus fulfilled the Messianic prophecies; Christian scholars who reject the New Testament as the inspired, infallible Word of God are not in agreement on this. But they are not in agreement on many other issues that most Christians consider to be fundamentals of the faith (such as the Messiah’s virgin birth, his literal resurrection from the dead, salvation being found only in him, etc.), and thus they separate themselves from the vast majority of Christian believers through the centuries. Some would say that in a certain sense, they are “Christian” in name only, since they deny the foundations of “Christianity.”

It’s also interesting to note that these same scholars who reject the New Testament as the inspired, infallible Word of God also reject the Hebrew Scriptures as the inspired, infallible Word of God. And many of them reject the idea that Jesus fulfilled the Messianic prophecies simply because they don’t believe the prophets actually prophesied about a Messiah! So, their problem is not necessarily with Yeshua; their problem is with a whole different set of beliefs.

A similar situation can be found in Judaism. Reform Jews deny the binding authority of the Torah; they deny the verbal inspiration of the Five Books of Moses; they deny that Moses wrote the Five Books; they deny that there was an oral law going back to Moses; they deny that there will be a literal Messiah who will reign on the earth. The list could easily be multiplied, but the bottom line is this: Jewish scholars who are fundamentalist believers—representing the minority of those who teach at Jewish seminaries and institutes of higher learning in America—literally believe all these things which liberal Jewish scholars—representing the majority of Jewish professors in America—reject.

What does this prove? Simply that “believers” hold to one set of beliefs and “nonbelievers” don’t hold to those beliefs. So, believing Christian scholars believe that Jesus fulfilled the prophecies, and liberal (or nonbelieving) Christian scholars don’t. Therefore, the objection raised here is factually untrue and really proves nothing.

More importantly, there are many learned Christian scholars, some of whom are recognized authorities in the Hebrew Bible, the Hebrew language, biblical interpretation, Semitic studies, and even Rabbinic literature, who believe that Yeshua fulfilled the Messianic prophecies and that the New Testament authors rightly interpreted the prophecies of the Tanakh. This is true of the current generation of scholars, and it has been true for hundreds of years. Again, this does not prove that Yeshua is our promised Messiah, but it does prove that your objection is untrue and that many sincere, learned people find ample evidence to support their faith in Jesus (see vol. 1, 1.12).

Thus, it is not surprising that conservative Christian and Messianic Jewish commentaries on the Bible continue to hold to the view that Yeshua fulfilled the Messianic prophecies; conservative Christian and Messianic Jewish studies on the Messianic prophecies themselves continue to support that same view; and the most widely used modern Christian translations of the Bible continue to translate the original texts in harmony with the view that Jesus fulfilled the prophetic Scriptures. (The most widely used modern Christian versions of the Bible are the New International Version, the New American Standard Bible, and the New King James Version, all of which support the position I am taking here.) Of course, this does not prove that these commentaries, special studies, or Bible translations are correct. It simply proves that the objection raised here is not true.

What is interesting is that many of the same liberal scholars who deny the verbal inspiration of the Bible do recognize the Jewishness of the New Testament texts and the need to interpret these texts against the Jewish background of the day. Thus, while they may not actually believe that a given prophet delivered a specific prophecy about the Messiah—and consequently, they do not believe that Yeshua specifically fulfilled that prophecy—they often feel that the New Testament author who cited that prophecy was following normal Jewish/Rabbinic patterns of interpretation, as reflected in the Talmud, Targums, and Midrash. In other words, just as the Talmudic rabbis interpreted the Hebrew Bible, so also did the authors of the New Testament, almost all of whom were Jews. What is even more interesting is that some recent scholarly studies have demonstrated that the (Jewish) methods of interpretation reflected in the New Testament are more sober and biblically consistent than those of the (Jewish) Dead Sea Scrolls and later Jewish literature (meaning classical Rabbinic literature). (For more on this, see vol. 4, 5.1.) 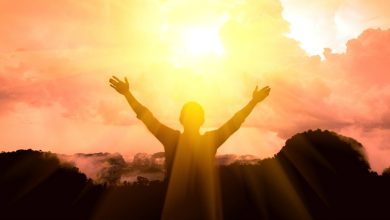 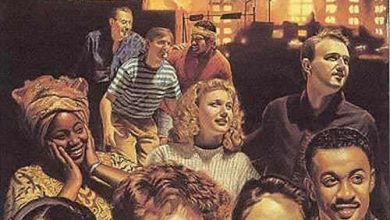 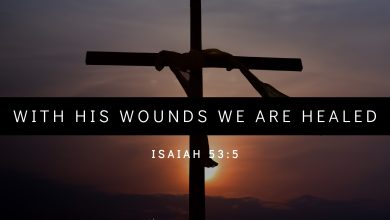