Paul’s exact words are: “For what I received I passed on to you as of first importance: that Messiah died for our sins according to the Scriptures, that he was buried, that he was raised on the third day according to the Scriptures …” (1 Cor. 15:3–4). As a Jew schooled in the Scriptures from his childhood, Paul was not thinking of just one passage but of several passages that pointed to the Messiah’s resurrection on the third day. And remember: Paul was not trying to “pull a fast one” on anybody! And no one had pulled a fast one on him either. This is the tradition he received, and if someone taught him something that was not in his Bible, he would have known it immediately. In fact, when we study the Tanakh, we see that the third day is often the day of completion and climax—and so it was with the Messiah’s death and resurrection!

We should first look at some prophecies that make reference to restoration—or rescue from death—on the third day.

Elsewhere in the Tanakh, it is striking to see how often the third day has special significance:

Based on this biblical data, the German biblical scholar Roland Gradwohl argued that “ ‘three days’ is a stereotyped phrase used by the Old Testament in describing a situation when something will be fulfilled or completed within a useful and reasonable time.… The ‘third day’ is used to describe the moment when an event attains its climax.”354 Another German scholar, K. Lehmann, wrote an entire volume on the subject of resurrection on the third day, pointing to passages such as Exodus 19:11, 16; Genesis 22:4; 2 Kings 20:5; Esther 5:1; Hosea 6:2 (all cited above) as evidence that the third day was associated with special divine activity, something that caught the attention of the ancient rabbis as well.355 These insights, coupled with some key verses about restoration, salvation, or rescue from death on the third day, give Paul the right to say that the Messiah rose from the dead on the third day according to the Scriptures. There would have been no day more suitable than this, from the viewpoint of the Word of God.356

352 Note that the Septuagint’s rendering of Hosea 6:2 reads, “On the third day we shall be raised up and we shall live,” while the Targum renders, “In the day of the resurrection of the dead he will raise us up that we may live,” avoiding the issue of the third day entirely—possibly because of the use of the text by the early followers of Jesus. For discussion on the significance of these translations as related to the question of resurrection on the third day, see Anthony C. Thiselton, The First Epistle to the Corinthians: A Commentary on the Greek Text (Grand Rapids: Eerdmans, 2000), 1195–97, with reference to G. Delling, “hemera,” TDNT, 2:949 (more broadly, 2:943–53).

353 Of less importance theologically, but still of some relevance, we should note that there are several occasions in which a destination was reached on the third day, indicating completion of a journey. (See, e.g., Josh. 9:17; 1 Sam. 30:1; 2 Sam. 1:2; see also 1 Kings 3:18, where the third day is significant for another reason.)

356 It should also be pointed out that Paul’s interpretation is clearly within the bounds of accepted interpretative methods in early Judaism; those unfamiliar with modern scholarship on the Jewishness of Paul’s thought and methodology should begin with the watershed study of W. D. Davies, Paul and Rabbinic Judaism: Some Rabbinic Elements in Pauline Theology, 4th ed. (Philadelphia: Fortress, 1980); on a less technical level, cf. Brad H. Young, Paul the Jewish Theologian: A Pharisee among Christians, Jews, and Gentiles (Peabody, Mass.: Hendrickson, 1998); for some novel—and challenging—approaches to Romans and Galatians, cf. Mark D. Nanos, The Mystery of Romans: The Jewish Context of Paul’s Letter (Philadelphia: Fortress, 1996); idem, The Irony of Galatians: Paul’s Letter in First-Century Context (Philadelphia: Fortress, 2001); cf. also Joseph Shulam and Hilary LeCornu, A Commentary on the Jewish Roots of Romans (Baltimore: Messianic Jewish Publishers, 1997), as well as Stern, JNTC, on Paul’s epistles. Recent relevant surveys covering the wider issue of Paul and the law—massive amounts of scholarship have been devoted to this subject—include Stephen Westerholm, Israel’s Law and the Church’s Faith: Paul and His Recent Interpreters (Grand Rapids: Eerdmans, 1998); Frank Thielman, Paul and the Law: A Contextual Approach (Downers Grove, Ill.: InterVarsity Press, 1994). 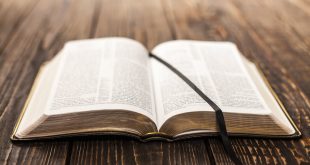 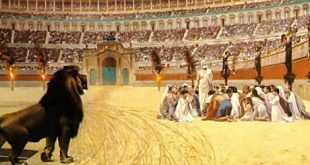