MATTHEW 11:12—How can God’s sovereign and peaceful kingdom be entered by force?

PROBLEM: Paul declared that the kingdom (rule) of God is “peace and joy in the Holy Spirit” (Rom. 14:17). However, Matthew says “the kingdom of heaven suffers violence, and the violent take it by force.” How can one enter God’s kingdom by force?

SOLUTION: This is a difficult passage, and it has been interpreted several ways. Some take it to mean that the kingdom is violently taken by its enemies. That is, the forceful religious leaders of Jesus’ day were resisting the kingdom introduced by John. They wanted a kingdom, but not the kind that was being offered by John and Jesus (cf. Rom. 10:3). However, some object that this is opposed to the context that is expressing the greatness of John the Baptist and the contrast between his day and Christ’s.

Others see the “violence” as a figure of speech meaning, first, that the kingdom breaks through or intrudes itself with great power and abruptness. Then, the intense endeavors of people who on the preaching of John were taking the kingdom by storm. On this view, it is speaking of the response to John’s preaching as a great popular uprising, a storming of the kingdom of God by people rushing with eagerness to get in it with a violent zeal. This explains the use of the term “violence” and fits the overall context. 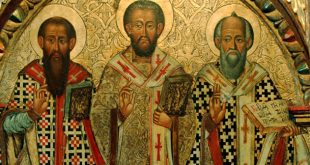